Four Winds S.A. Ltd established in 1979 as a small moving and freight forwarding company in Saudi Arabia. At the helm was a young visionary, Mr. Mohammed Al Manie, who saw the potential in filling the void of international freight forwarding and moving in the kingdom.As a London-trained customs professional, he labored to gather a handful of people from the farthest corners of the world to establish the then virtually unknown moving business in the kingdom. Few years later, Four Winds quickly became the pioneer in local and international moving in the country that moving in Saudi Arabia becomes synonymous with moving with Four Winds. Four Winds moved many of the country’s royal family members, diplomats, dignitaries and residents, here and abroad.Due to public demand, Four Winds management took the company to even greater heights by thrusting ourselves to evolve and become one of the country’s most admired end-to-end logistics operators in the early 80s. Many of the country’s most important industrial projects materialized with the mark of Four Winds, including oil refineries, water desalinations, telecommunications, energy and electricity, and petrochemicals. 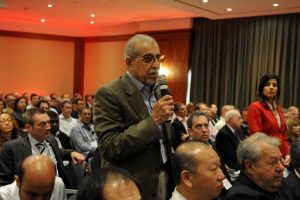 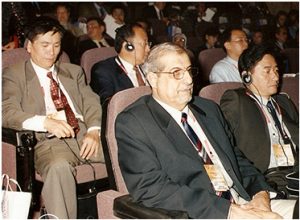 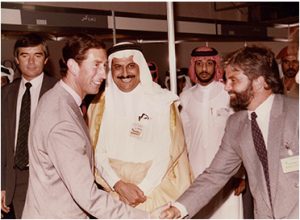 Today, Four Winds stands proudly as the most trusted and reliable Moving and Logistics Company in Saudi Arabia. Our membership to reputable international organizations and accreditations such as IATA, FIATA, IAM and FIDI, speaks volume of our commitment to quality and customer satisfaction. With 7 offices strategically spread out in the kingdom, we are able to provide our customers better coverage, bar none.
Our reciprocating partnership with major air and sea carriers allows us to handle just about anything including, but not limited to, personal effects, general cargo, perishable cargo, and hazardous materials to every conceivable destination on the planet. Manned by over 15 different nationalities with an average industry experience of 20 years and equipped with modern warehousing facilities and well maintained fleet of trucks, Four Winds is well equipped to handle a myriad of challenges facing today’s logistics.There is no shipment too small or too big for us to handle, no items too fragile and too odd to pack, and no task too complicated to simplify. But at the end of the day, we do not forget our core values which made us in the yesteryears and what we are still today: customer-centered philosophy engrained with the virtues of commitment, honesty, integrity and excellence.

Get the latest news & special offers